My Top Advice For Anyone Wanting To Do More Deals

4 years ago I was a mentor at a large real estate convention in Orlando. Part of the draw at the convention was that we would actually work student’s deals on the spot in real time, leads that they had brought with them from their own hometown. We would call and negotiate the deals, and any profits made were kept by the student 100%.

At the time I was running a real estate operation for a nationally known real estate “guru” and we had recently implemented a new post-2008 strategy, and it really had taken off. There were literally hundreds of leads brought specifically for this strategy, and I had more requests than I could count to call and negotiate the deals on behalf of the student.

Knowing the power of social-proof, I was asked to work hard on these leads and try and put some contracts together so the crowd of 500+ would be wowed. It was important that they could see it worked in any market across the country. Feeling a bit of pressure, I decided that to really hone in and focus on putting deals together, I needed to go to my hotel room and call absent all the distractions of the convention.

It was a bright and sunny Friday afternoon, so I decided to keep the door propped open to enjoy the fresh air while making calls. I brought a stack of leads with me and sorted through them, putting what looked like “cherries” on top to call first.

And then I dug in to “make the magic” happen. I was going to knock this thing out of the park, no matter what it took.

I placed the first call.

Flat. I was flat. The seller was not interested, and I wasn’t feeling my mojo. Short and Not my best call, but I shrugged it off and placed the second call.

Then I did it again, and had the same results.

This went on for about 6 calls when I realized I needed to stop, take a break and regroup, and try and find my rhythm, get out of whatever funk I was in, and get my mojo back. I walked into the bathroom, splashed some water on my face, stared directly into the eyes of my reflection, and let out a big scream.

Just as I ran out of breath, I noticed something out of the corner of my eye. Housekeeping had intentions of cleaning my room, but when they saw this crazy guy yelling expletives at himself in the mirror, they decided it might be best to just come back at a later time.

Or maybe not at all is more likely what they were really thinking.

And just like that I realized what a plum fool I must have looked like and what this nice lady must have thought of me.

I burst out laughing, and it was at that precise moment my mojo kicked in and momentum found its way into full swing.

I decided I was going to get back in there and be a Gunslinger, have some fun with these calls, take the pressure off and throw offers out with confidence and posture (which is a key component of my trainings).

The second I stopped worrying about how I sounded and every single word I said and had the guts and confidence to just throw offers out there and not really care what happened, the deals all started falling into place.

I proceeded to put together 5 sweet deals over the course of the next 2 hours, and got to be a hero to the students who brought them. It was quite gratifying, and I re-learned a key lesson.

Throw your offers and proposals out with confidence! Stop overthinking and overanalyzing everything!

It’s the number one reason people don’t get contracts. They lack confidence and proper posturing with the seller. It’s a key psychological element when doing deals. You cannot sound like you need the seller or the deal more than they need you.

It’s totally counterintuitive, but it’s a huge key to the game. You should care less about any offer on any property. It’s just a piece of inventory. Worst that can happen is they say no.

And to go pound sand. Oh well. Not the first time, won’t be the last. Thicken your skin up and don’t let bad calls bother you. We all have them.

If you don’t have the experience to have the confidence, my advice follows an age-old piece of wisdom…….

“Fake it ‘til you make it!” Before you know it, with hard work and tenacity, you will have all the confidence you need. Until then, act like you do. It comes across to the people you deal with. Simple but sage advice, especially in your early days.

Over my 21 years and literally 1,500 deals, I have created an exciting and innovative platform consisting of No Money Down/No Credit deals in Executive Level homes dealing with Lease Purchases. I don’t care what you know about Lease Purchases, I GUARANTEE you haven’t seen anything like this.

I will be in Tampa with my team sharing this platform in an in-depth, intensive training February 12-14, 2016. It is going to be a lot of fun, and packed with a ton of potentially life-changing material. I am going to show you how you can make an average of $10,000.00 per deal without using any of your own money or credit.

Skeptical? I hope so. Too much white noise out there. But this system is the real deal, and I promise when you see and hear what we are training on, you will see for yourself that you too can generate this type of cash flow for yourself as well. 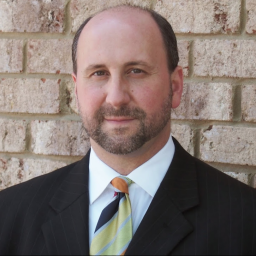 Scot Ulmer is a real estate professional, philanthropist and family man based in Jacksonville, Florida.